Just posted an article over at CricAges “All quiet on the western front. So far” dealing with the state of cricket in the USA. Have a read and submit comments to let us know what your thoughts are on this. Does Cricket have a thriving future in the land of milk and honey?

I grew up in a small town in Tamilnadu with my 6 older brothers and the initial seeds for what later on became an obsession – Cricket, were sown there. My brothers were part of the local cricket team and used to go play practice matches almost every weekend and I would tag along. Sometimes, we would play in our cramped, narrow backyard as well. 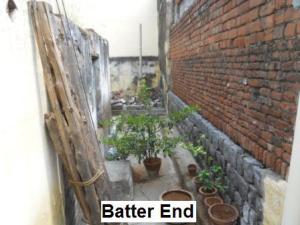 END_OF_DOCUMENT_TOKEN_TO_BE_REPLACED

As some of you may know, a few friends and I, went to the Caribbean in 2007 to watch the super six stage of the world cup tournament. We had planned on watching the India games, which would’ve been against Australia and New Zealand. Of course, you know how it all transpired. India did not make it to the Super 6 and we were left with watching an over-matched Bangladesh dueling (exaggeration of the highest degree) Australia in a rain-shortened match and then, New Zealand.

As much as we missed India there, it was sort of a liberating feeling because, now, we could watch these games as just fans of the game, and not be part of the roller coaster experience that is commonplace anytime you watch India play. One of the biggest pluses from this was that we got to watch the almost like a thoroughbred coming down the home stretch sort of smooth and rhythmic action, that belonged to the one and only, Shane Bond.

END_OF_DOCUMENT_TOKEN_TO_BE_REPLACED

What is wrong with South Africa?

South Africa came in to the T20 world cup as one of the contenders, in spite of all the baggage they have been carrying ever since their re-entry to world cricket in 1990-91. Some of their players featured in the recently concluded IPL 3 and seemed to be in form, including the rejuvenated Kallis at the top of the  order, Albie Morkel performing well for his franchise (Chennai) and their bowling ace Dale Steyn, hustling batsmen even on flat Indian pitches with his pace and deadly swing. They have always been one of the best fielding sides and with players like AB DeVilliers, Mark Boucher,  and with their skipper Graeme Smith coming back in to the fold, they surely did look set for a semifinal spot (at the least) and on their way to erasing years of futility in international events. And then, the tournament began.